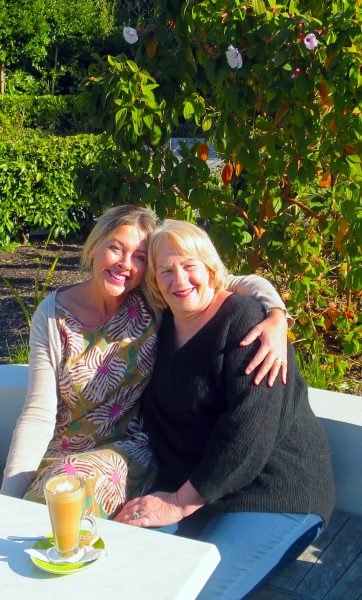 I first met Heather Morris when she came to the Bay of Islands in New Zealand from her home in Melbourne to visit her brother, and my friend, who had been given a terminal diagnosis of cancer.

As you can appreciate, this was a very distressing time. Yet, as we discovered we all had a passion for telling stories, and as we shared our writing inspiration, we all felt encouraged, emboldened, and filled with light.

And with this came renewed hope.

For a small moment in time, we all escaped our worldly concerns and became excited by Heather’s “overnight” (not!) success with the publication and resulting worldwide interest in her novel, The Tattooist of Auschwitz (released to great acclaim in 2018).

The novel is based on the true story of Slovakian Jew Lale Sokolov, who was forced to tattoo the numbers on his fellow victims’ arms that would mark them for survival.

Sokolov used the infinitesimal freedom of movement that his position gave him to exchange jewels and money taken from murdered Jews for food to keep others alive. The Tattooist of Auschwitz is also a remarkable love story.

Below is an edited extract from The Prosperous Author: How to Make a Living With Your Writing (Book One: Developing a Millionaire Mindset) by Cassandra Gaisford.

“My book is the true story of the girl he fell in love with when he held her hand and tattooed a number on her left arm, and how they survived for two and a half years in that Dante-esque circle of hell, got separated, found each other, married, and lived very happily for over 50 years, ” Heather told me.

After first meeting Heather I invited her to share her story and she generously emailed me the following:

“I met Lale Sokolov in December 2003. I was 50-years old and had been dabbling in learning and writing screenplays; he was 87-years-old and his wife, Gita, had died two months earlier.

A friend of a friend of their son, Gary, asked me to meet Lale to hear the secret he’d kept for over fifty years and which he wanted to tell someone before he ‘hurried up and joined his beloved Gita.’

Over the next three years, our friendship grew as, slowly, his story was revealed to me piecemeal, often told at bullet pace with limited coherency and with no flow or connection to the many, many stories he told.

It didn’t matter. I fell under his spell.

Was it the delightful Eastern European accent? Was it the charm this old rascal had lived his life dispensing? Or, was it the twisted, convoluted story I was starting to make sense of—the significance and importance of which was beginning to dawn on me.

It was all of these things and more. I was spending time with ‘living history’ and was being given a story to tell for which I am honored and privileged to have been entrusted with.

Fast forward to 2017—14 years after my fateful meeting with Lale Sokolov. It took me two years to get the story I would eventually write into a screenplay. He got to read it and loved it.

I sat with him and held his hand and said goodbye to him the night he died. At that time, I vowed to never stop trying to tell his story.

A film production company optioned the script from me for three years, then another two years, but failed to ‘get it up’.

I took the option back and, after a rewrite, started entering it in screenplay competitions around the world. It did well, and was often a finalist and won the International Independent Film Award in 2016.

I was receiving comments from film executives that the story ‘not only should be told, but must be told;’ that it was ‘Oscar bait’. But still no-one came forward to talk production.

Then a light-bulb moment came when I decided to write it as a novel, something I had no experience with and had never written or studied as a writing medium.

On the advice of one of my sons to help with ‘free promotion,’ I did a Kickstarter campaign to raise funds to self-publish. From this campaign, a local publishing company in Melbourne approached me and signed me up.

I attempted to write while working full-time in a large Melbourne hospital and being the accommodating grandmother to my son and his wife, my daughter and her husband and their three little ones.

I was getting no-where.

I’m lucky to have family living in San Diego, California, who have a holiday house on the top of Big Bear Mountain. In the middle of their winter, in six feet of snow, I squirreled myself away for four weeks and as Sir Edmund Hilary once said, ‘knocked the bugger off.’

The parent company of my publisher came to Melbourne in February and heard about my story. They have now taken over the publishing, sold foreign language rights to 13 countries, and done a deal with Harper Collins in the U.S. to publish there.

And the screenplay? Stay tuned—some heavy hitters in Hollywood are vying for it.

I am now 64 years old and about to embark on a journey beyond my wildest dreams as I travel promoting the book and hopefully, in two or three years’ time, a film.

Giving up on telling this story was never an option for me. Yes, months went by when I did nothing to further it as life got in the way. I told myself it was The Tattooist’s time, I had to hang in there, seek out avenues to have the story heard and eventually one paid off.

I don’t kid myself that I’m a great writer. I am privileged to have been given a great story to tell and I hope Lale and Gita would be proud of the job I’ve done telling their story. I have received the ultimate validation of my attempt from their son who doesn’t want a word changed.

A lot of very talented people/editors both in Melbourne and London will produce a book which I am honored to have my name on. My family keep telling me they wouldn’t be doing that if I hadn’t written it in the first place.

I have two quotes on the wall near my desk, the one mentioned above by Sir Edmund and one from one of my favorite screenwriters, William Goldman, who references the children’s book The Little Engine That Could.

Heather’s story is a powerful reminder not to give up on your dreams. Tenacity, perseverance, patience, and the ability to adapt are big factors in her success—and many other attributes as well, including talent!

Harper Collins came on board as the publisher in the U.S. and Canada, and, at the time of writing, major film companies are bidding for the movie rights. Stay tuned!

What’s also interesting about Heather’s story is that she adopted a growth mindset. She began with a film script and then taught herself how to turn a script into a novel. She also taught herself to fund her dreams via Kickstarter and the Internet—and then an opportunity came knocking. But, importantly, success came because she put her work out there.

It’s a reminder to us all that you grow into your dreams, and a commitment to continual learning is essential. As is hanging onto a success mindset.

As Heather said, giving up on telling this story was never an option for her. Heather also proves what Napoleon Hill so famously wrote in his classic book Think and Grow Rich—most people don’t achieve their success until their sixties and beyond.

Winners never quit and quitters never win, Heather’s brother John Williamson, a screenwriter, told me before he died. His cancer took a “u-turn” and the medication slowed, and slightly shrunk, one of the tumours in his lung. Sadly, it was not too last but at least Heather and I got to share some special moments.  Something we all agree about is there is power in story and creativity!

Brainstorm or list as many ways as possible that you could finance your career. Seek suggestions from others to widen the possibilities. Ask your way to success.

Which of Heather’s success strategies could you experiment with? Going AWOL? Learning a new skill? Crowdfunding? Affirmations on the wall—or something else?

Read the BBC review of Heather’s book and meet the man who inspired this unexpected love story—http://www.bbc.com/news/stories-42568390 To enjoy your copy from iBooks, Barnes & Noble and other great bookstores, click here:  https://books2read.com/u/38ZyeZ

To enjoy your copy from Kobo, click here: https://www.kobo.com/en/ebook/the-prosperous-author-developing-a-millionaire-mindset

Do you have a secret you’d love to share? A story of passion, hope, and survival? Or have you always dreamed of writing a book someday?

The Prosperous Author: How to Make a Living With Your Writing (Book One: Developing A Millionaire Mindset)

To purchase your copy and learn how to follow your passion to prosperity, click here to go to your online bookshop.